It is extremely important to talk with gamers about video games also during game fairs. Such events allow you to run dozens of focus and quality tests on random respondents and get to know their opinions that will later on help you refine many aspects of your game. As a game developer present at a gaming event, you can also deliver a presentation on your project and make it appeal to both the audience, consisting of fans of interactive entertainment, and game developers, who may be eager to assist you with developing your game, or investors who may be ready to invest in your opus magnum. Many Polish game devs have already learned that participation in gaming events, which draw more and more participants each year, provides a great opportunity to strike lucrative deals. Nikodem Szewczyk, a one-man band behind a tiny hardcore platformer – Top Hat – is a perfect example of that. Szewczyk, an extremely talented guy from a small town, won a competition for independent game devs during Digital Dragons in Cracow and immediately got in touch with one of the leading gaming platform’s fat cats who were ready to take him under their wings. 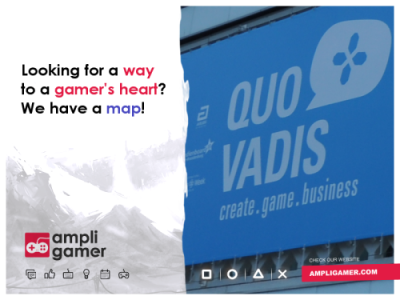 Berlin is surely a hit destination for game devs thanks to the International Games Week – the leading communication and networking platform for games business, development and culture in Europe. The programme of the IGW features a variety of events, including the games business and development conference QUO VADIS, and A MAZE – independent video games festival. We will also be there to host the panel discussion entitled ‘Raising Funds for a Game Project without Help of a Publisher’ with participation of Polish game developers willing to share their success stories. Session participants will include Marek Ziemak representing 11bitstudios, a game development company best known for their award winning game series, Anomaly, and This War of Mine, a war survival video game well-received by critics and fans alike, and Jakub Duda representing Incuvo – gaming startup that developed Creatteria, a platform that allows anyone to overcome shortage of technical skills or experience and create the game of their dreams. The panel will take place at Cafe Moskau on 22 April at 11 a.m., room RIGA 2. Come by and give us a high five!