They say word order is important, and ‘gamer’ before ‘girl’ is there deliberately – it highlights what’s really important. I’m sure you’ve heard these terms before. You must have heard about these girls who play games and those who like to ‘look’ while they play…

‘There’s nothing wrong with showing off your sexy side,’ some girl gamers tend to say, while others simply feel they are a part of the global gamer family, usually dominated by men. But shouldn’t family be concerned more about sharing common interest and values than about looks? Unfortunately, the answer to that question is: no.

In the eyes of men…

Gamer girl is a term used to describe a woman who not only likes to game, but also knows the gaming industry, and playing shooters isn’t a mystery to her. Many shy nerds who prefer playing Call of Duty to kicking a ball in real life dream about such girls. Gamer girls often call themselves nerd girls; they usually don’t pay much attention to their apparel or makeup, and come to eat dinner only after they have leveled up or nabbed an achievement. 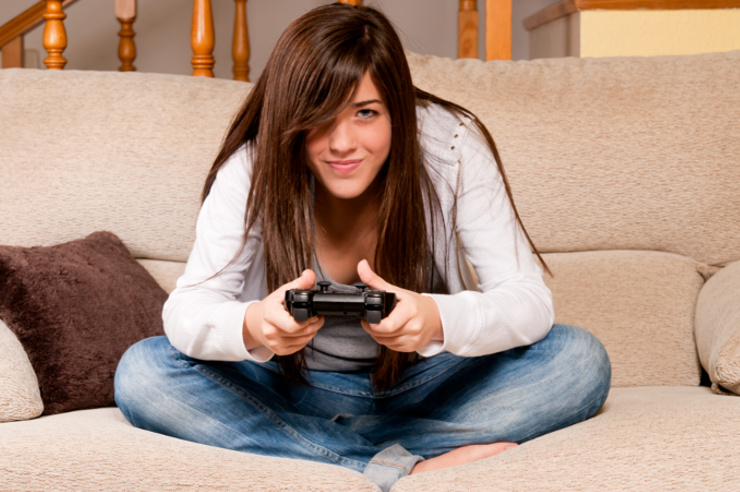 Girl gamers are often called ‘fake ggs’ by haters, as in their opinion they may know how to hold a gamepad, but they’re more interested in taking selfies rather than actually playing a game. They are usually wearing makeup and clothes that reveal more than they cover, which they are eager to show in their selfies. They also like to show off when playing, so they are usually streaming their gameplay online, just to make sure guys know who’s on the other side of the screen. 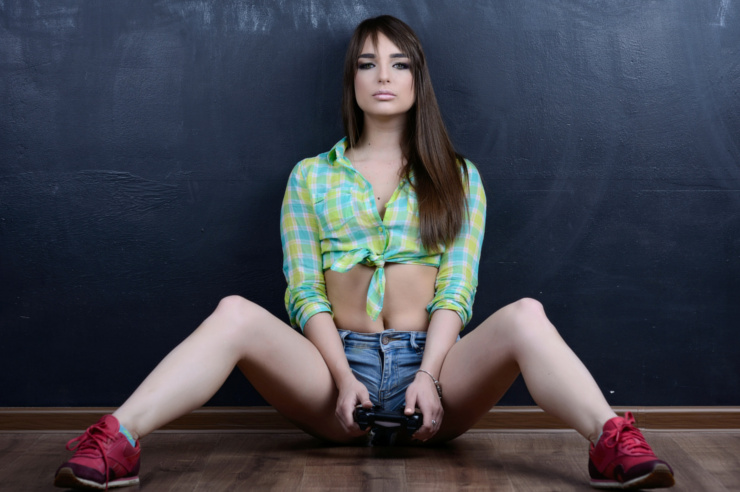 From the point of view of a female, one may think that their nudity is there to attract attention to the ‘gamer girl’ phenomenon itself, as it has been neglected for years. Actually, it is pretty unclear since when gamer girls have become popular in the gaming community. It just happened. In early online gaming days, female gamers would use male nicknames and didn’t engage in verbal arguments out of fear of being ridiculed or rejected – that’s why it’s so hard to estimate their real number. 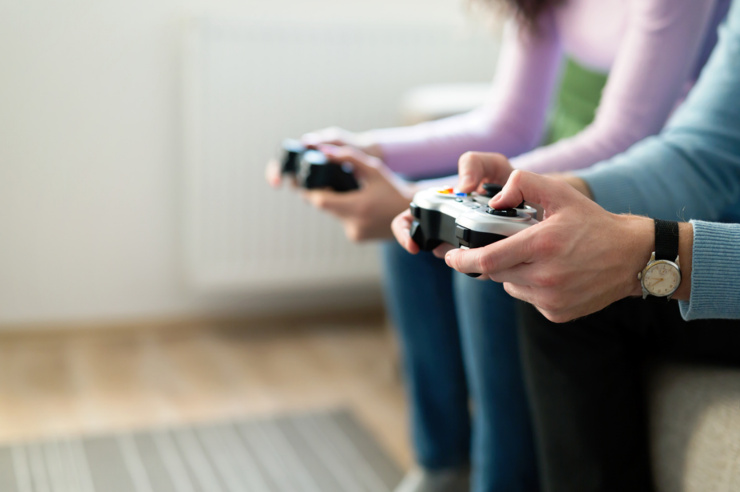 Today, the situation is quite the opposite. Women are not only a part of the gaming world, but also, they build exclusive gaming communities, make money blogging and posting sponsored content, e.g.:

Girls gamers have become a target for companies from the gaming industry. An attractive combination of a hobby and lady humps has become a hit in the social media, and a simple way to attract more followers who, hopefully, may turn into customers. An excellent example of this trend are female gaming influencers, such as Galina Dub (https://www.instagram.com/galina_dub/), who has already built a base of 2.8 million followers, and Lia (https://www.instagram.com/sssniperwolf/?hl=en), followed by over 2.5 million people.

Woman and a video game console?

Today, a woman holding a gamepad is no longer a sensation. One can say that some of them have become businesswomen of the 21st century. They have focused on building a brand out of their names and making lots of money by playing games men have actually been playing for years. They have met the expectations of those hungry for female presence on the market, and now they can benefit from being influencers. 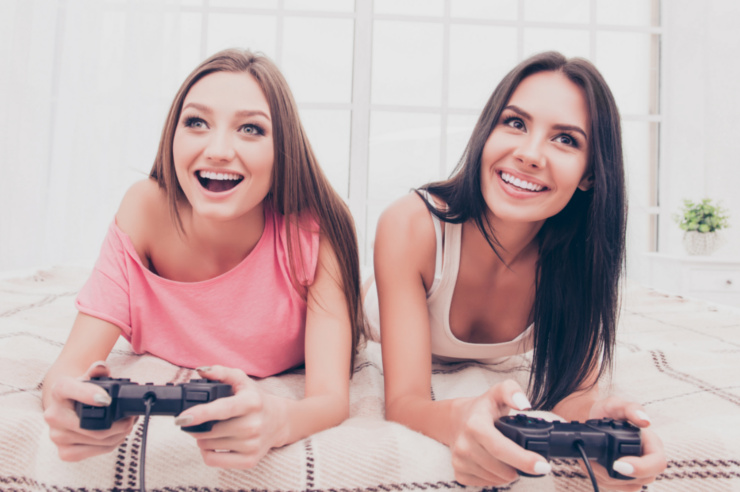 The question is: can every beautiful woman with a game controller in her hands become a successful girl gamer?

Kate - an outstanding PM at Ampligamer.com. She remembers playing The Sims every Christmas holidays and doing pro-skater tricks in Tony Hawk’s franchise (thus making her keyboard lose some keycaps). Today she is becoming less keen on video games, and prefers board games that require some tactical skills and… multiple players. She loves to play Pandemic, Ticket to Ride and Monopoly.