Once in a while each of us stumbles upon an information that seems completely useless. We usually forget it unconsciously in a short time. However, many games often tell us: Try to remember even the seemingly least useful facts.

September and October are the months of comebacks – students go back to schools and universities. Once again, the young and the not-so-young sit at their desks, open their notebooks, pick up their pens and… start staring on the walls with an unfocused gaze, asking themselves the question: “Why do I need to know this?” 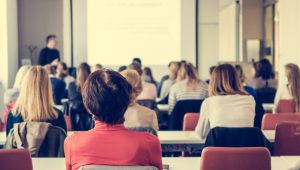 The question seems reasonable: why are you expected to know Astana is the capital of Kazakhstan if you’re not going to go there? How do I use my knowledge on the purpose of stomata in tomatoes? If someone is not even considering a future as a biologist or a farmer, this information will most probably enter through one ear and go out through the other, without even being processed by the brain.

Do we really learn things that are of no use to us? With all the aversion to learning unnecessary things, there is this one dimension where people literally jump with joy when given the chance to show off their impractical knowledge. This dimension is created by games.

Most probably each of us has played Name, Place, Animal and Thing – all you need to do to play it is a sheet of paper and a pen. You also need to know the alphabet and use your brain to come up with some creative categories. To win, you should provide answers no one else has given. Therefore, if you are thinking about an animal starting with the letter K, some will write “koala” or “kangaroo”, but there will be someone who will come up with something like “kinkajou.” Of course, some people will try to convince you there is a country named Hireland (the H is silent!), but in most cases players will dig deep in their memory to find the names of countries, cities, plants, geographical names, colors, animals and other unconventional words.

Another example – crossword puzzles! If you can read, you will be asked what the name of the character portrayed by Ed O’Neill in Married… with Children was (Al), what the capital of East Timor is (Dili), and what a bad workman blames (his tools). Does anyone complain when solving a crossword puzzle? No, they don’t. They get angry, concentrate, ask their friends, try to remember, or – if really desperate – search for the answer on the Internet. But the moment the solution fits in the cells is priceless! And no one asks: “Why am I doing this?” The same goes for board games for the older players – if a player knows the plural of “index” can be both “indexes” and “indices”, he will earn many precious points in Scrabble, and his friends will be driven up the wall!

So where does this inconsistency comes from? Primary and secondary school students in Poland constantly complain about taking tests, exams, but the moment they leave school, they unlock their smartphones and launch Quizwanie – a multiplayer trivia game. Quizwanie players challenge their friends or random opponents, select their favorite category, and the game begins! A random question that can pop out is: “What is the name of the largest bank in the northern Europe?” Have you ever heard a player say: “Why should I even know this?” No! The player looks at the multiple answers, selects he or she thinks is right, and feels happy when it actually is. Or, if he or she fails: “How could I have not known this!”
Behind the success of this app is a Swedish company, FEO Media, which specializes in quiz apps. Players in different countries challenge one another to knowledge-offs using various applications, like Quizduel, Quizduell, QuizClash, QuizReto or Duel Quiz. Since the company was established in 2012, its apps have been downloaded over 70,000,000 times! 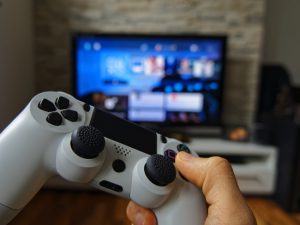 Quizwanie is a free-to-play app, but pay-to-play games are also immensely popular. In 2005 the first release of Buzz game, available for PlayStation 2, 3, 4 and PlayStation Portable, was published. In order to play this game, you need Buzzers – wireless controllers allowing you to select your answer. Depending on the title (and there are fourteen of them!) you can choose from different categories to learn from, e.g. sports, music, science, nature or television. Neither the price for the game, nor the necessity to purchase controllers have discouraged gamers – over 10,000,000 copies of all Buzz installments have been sold worldwide. So, it turns out that knowledge is quite popular.

Broad horizons are also useful when playing board games. Children as young as 7 years old can use their knowledge – for example in Było sobie Życie – Atak Wirusów (Once Upon a Time… Life – Viruses Attack) board game. Players are assigned to a particular category – attackers and defenders, and then they fight in battles for particular bodily organs. Depending on who provides the correct answer, the battle is won either by infections or by the immune system. Thus, young gamers learn by playing (and they never complain!).

Adults also have a lot to choose from. iKnow board game is a great example. Players hear only the beginning of the answer (e.g. This South American peak…), and they have to decide how many hints they need to guess the right answer. Depending on their statement, they can earn three, two or only one point. But there’s more. Each player must additionally assume whether another player will give the right answer. If the player assumes right, he or she wins a point; if he or she assumes wrong – one point is taken from them. This is how a trivia game employs an additional psychological aspect, which can make the game even more exciting (or end a lifelong friendship). Only those who come last usually complain.

It turns out that despite great hardships and moments of hopelessness among students, knowledge is really popular and desirable in the world of games. Millions of people download apps, buy controllers, meet their friends and use their knowledge to fight battles. Sometimes even the most useless fact can prove useful and lead you to victory. So maybe it’s actually a good idea to pay attention in class?

Wojciech Wołk-Łaniewski – mind reader at Ampligamer.com. Wojtek cut his teeth on PC games – he went a long way from Minesweeper and Solitaire, classic arcade games (Supaplex), to The Sims and GTA franchise. He also loves to spend his free time playing board games. It's not a problem for him to play Scrabble or Jenga till 3 am. It's a pity it's so hard for him to find other die hard gamers like him.